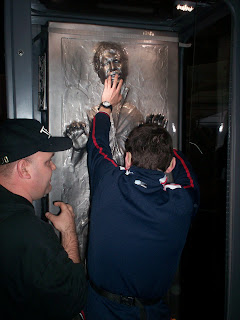 Yes – its the real thing!
Thank you David Iskra.

Often i am asked how the cinema and theatre interpreting works.

it is a mixture o different processes all joined together to help reach the final goal.

A lot of what is involved will always depend on the individual i am interpreting for ( speed , communication needs, receptive to props etc ) – and also what items there are available for me to use

and maybe a bit about it ( the film or show may have been around for years but this dosent mean that the user has ever heard of it ! this is most often the case! )

There is a card which can be aquired at the cost of £5.50 ( which lasts 1 year ) which enables the disabled person the go to the cinema and there carer / guide will go in free, without this the user will have to pay for both of you.

Also theatres offer a 2 for 1 discount for disabled but this is not always the case – although it should be by law! so these things have to be checked out first else the expense may meen the trip will not go ahead as the user will have to pay for 2 tickets ( unless i have funding especially for the trip in which case its on me! ) 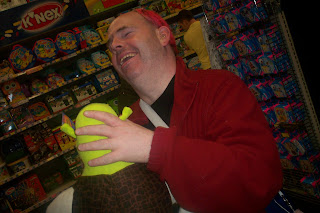 this gives me a head start, and i can maybe work out if i will need to take props to help me or how i will explain complicated plot. 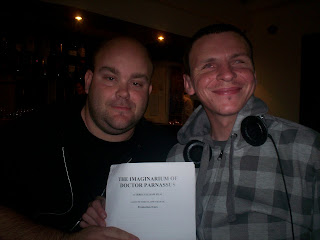 this was done with the help of  Theresa shell who runs the Dr Parnassus support site plus the Gilliam family.

They sent me the press release nots and i saw the film – 3 times!, i loved it!  i then made props to help me explain what i knew was going to be a challenge ! 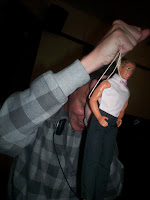 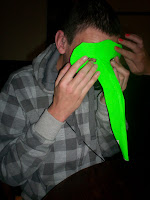 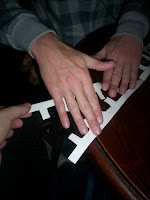 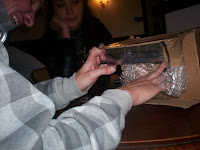 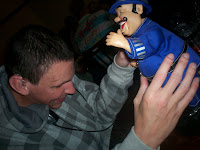 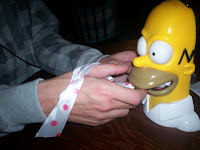 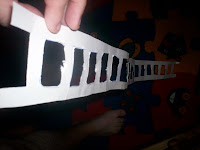 we plan to visit the places where this was filmed when we next go to london ( the bridge, homebase carpark st pauls ) – this will tie the ends together nicely.

some films like this one involve so much that you find yourself months later finding a prop, or being in a certain place that will help a certain part of the film that you was unable to explain.

so aswell as entertainment it becomes a continual source of learning.

take star wars for example – there is to much in it to explain in one sitting – it is a life time of discovery through whatever medium you can find it !

toys are ok but often to small and not for everyone,costumes are the best, or the the real props! – if your lucky enough!

sometimes i need to start a rough background about characters and plot before the film starts as there may not be enough time when it starts rolling – else i will get behind.

we have to go early in the day and we always sit at the front – as i will be talking all the way through the film and we dont want people to get annoyed at us!

some cinemas show audio described versions – but not many.

There are a lot in films which happens without any indication or  noise – normally the most important scenes!

Take Saw for example – the main reveal at the end of the film is silent – there is not mention of it happening, so to a blind person they would have no idea! 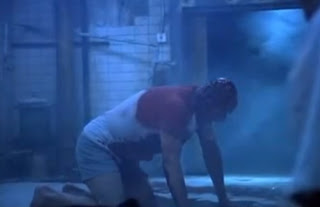 And just to rub it in when these films are released onto dvd they are not always audio described ( although more now than before but still not enough, it is mostly Disney movies, very rarely action and horror )

there is never any continuity , they may audio describe spiderman dvd 1 and 3 but not spiderman 2 !

With a Deafblind person i  will use props and break down the film so it is very simple – strangely the more visual the film the easyer it is for me to interpret – when there is a lot of speech and complicated plot it can end up in disaster! ( so if anyone wants me to interpret the matrix let me know when and ill be ill that day ! )

i prefer to interpret from a dvd film when interpreting for a deafblind person as this can be paused!

and i can grab a prop if the need be  to help me explain and also to catch up as i cannot mannual as quick as the film moves along!.

i have interpreted thunderpants, Texas chainsaw masacre – remake,  carry on nurse and Mr beans holiday – to name a few!

( and me holding a toy of a chicken with a bus ticket stuck to its foot and moving it a long quick as if it was running – so the deafblind person could feel it! ) With a theatre show i try to arrange either a meet and greet or a touch tour ( pref both ) of props and costumes before the show, this is normally do-able but takes months of prep.

i will email either the touring company or the production manager and explain the situation.

some of the bigger westend shows do set touch tours and audio described shows which are available at a discouinted rate through a group called vocaleyes who are fantastic.

i have interpreted at a sooty show and i have taken a bag of items with me including all the puppets, a water pistol and some custard pie foam and i have produced the various items when they appear,this way the deafblind person reacts the same time as the audience and also it helps to make a lot more sense of the situation rather than me saying there is an orange bear on the stage….this may lead to some confusion!

where to men come onto the stage stark naked and demonstrate the art of genital origami!

( make different things with there penis! )

i made a prop which is in the photo below – which allowed me to re-create what was happening on stage! 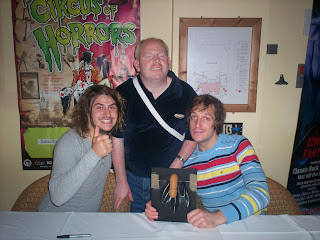 i have interpreted for most westend shows , also a regular at the circus of horrors who always do a meet and greet for me after the show 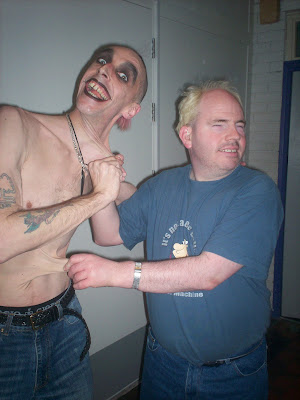 The best show which i enjoyed interpreting for the most was for the blue man when they was in the u.k

i attended there show 12 times with various Deafblind people

they would do a touch tour before the show, where we had full access to all of the instruments, and the cast

this would be followed by myself interpreting the show involving props 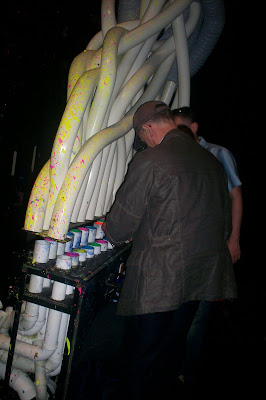 despite the show being extremely visual – with all of the components – touch tour, meet and greet and the huge paper drop finale etc 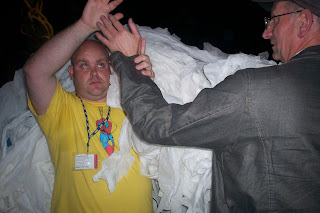 the Deafblind person was  able to gain a full memorable theatrical experience.

which we last as a memory for many years to come

it may be touch tour, meet and greet cast, brailled lyrics

it makes the whole event real, rather than me just mannualing to them for 2 hours, it breaks it up and most importantly gets a smile.